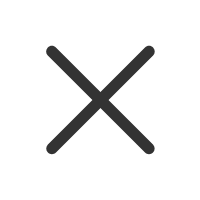 Metabolic pathways are enzyme-mediated biochemical reactions that lead to biosynthesis (anabolism) or breakdown (catabolism) of natural product small molecules within a cell or tissue. In each pathway, enzymes catalyze the conversion of substrates into structurally similar products. Metabolic processes typically transform small molecules, but also include macromolecular processes such as DNA repair and replication, and protein synthesis and degradation. Metabolism maintains the living state of the cells and the organism.
Proteases are used throughout an organism for various metabolic processes. Proteases control a great variety of physiological processes that are critical for life, including the immune response, cell cycle, cell death, wound healing, food digestion, and protein and organelle recycling. Protease inhibitors that circulate in plasma inactivate the hemostatic system proteases. With two exceptions, α-2 macroglobulin and tissue factor pathway inhibitor, all of the inhibitors of the procoagulant, anticoagulant and fibrinolytic proteases are serpins, an acronym for serine protease inhibitors. Regulation of the action of the proteases requires a mechanism compatible with the fact that protease precursor activation is irreversible.  The most important inhibitor of the procoagulant proteases is antithrombin. The anticoagulant heparin acts by catalyzing protease inactivation by antithrombin and some other serpins.